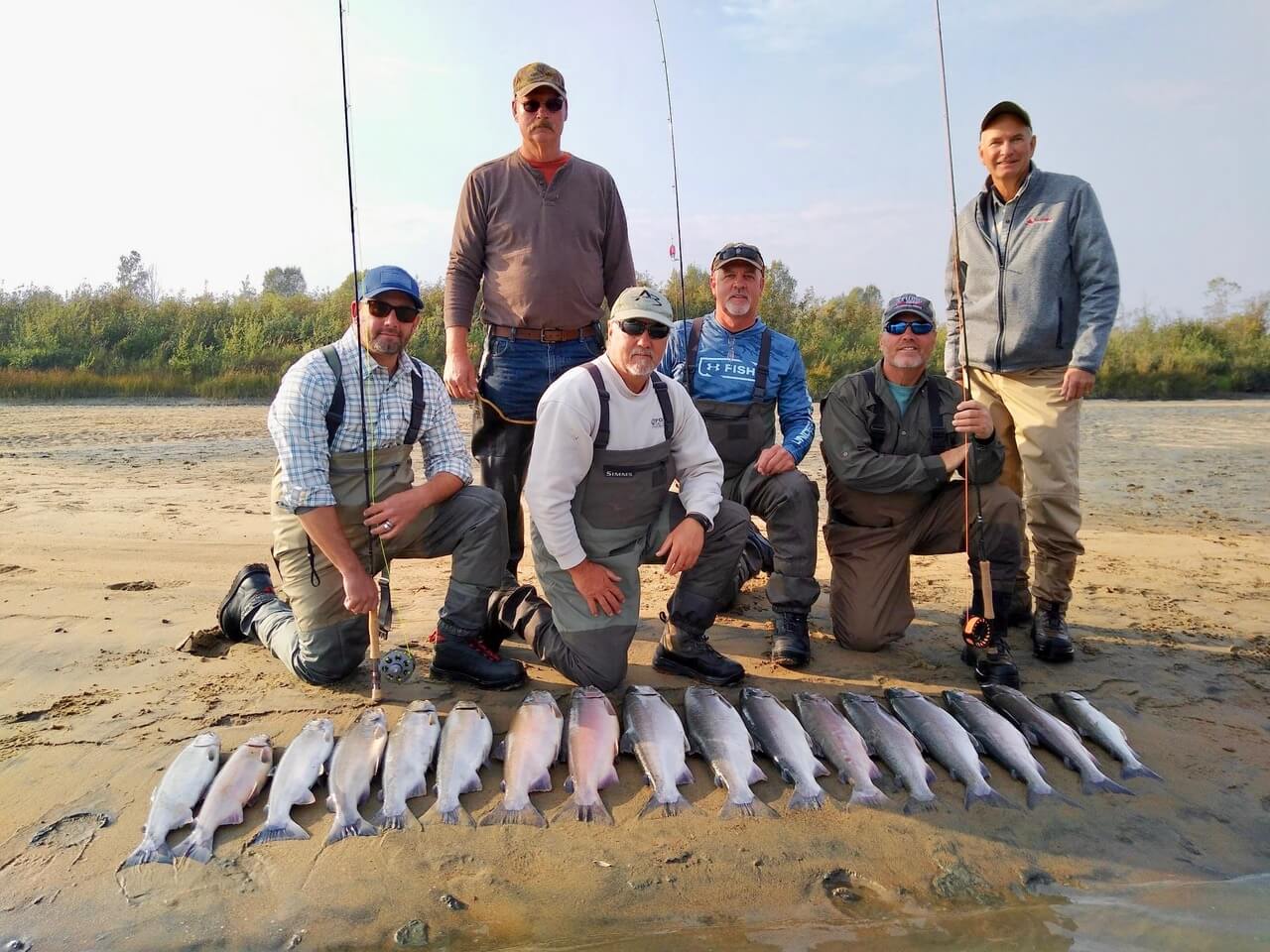 King salmon fishing officially closes on July 31, but Sockeyes will remain a reasonable target through about August 10. If the returns have been good, the fish limit is often increased from three to six. Depending on how hard the commercial effort has been, Silver Salmon fishing on the Kenai River may be reliable in the earliest part of the month, but it’s generally always good by August 10. The August Silver Salmon limit is two fish per person. And, salt water action out of all three locations should be consistent with halibut.

Multi species trips out of Seward and Homer continue to provide Silver salmon and Seabass, as well as Lingcod (primarily out of Seward). The August Float Plane Fly-In trips should be consistent at either Big River Lakes or the Kustatan for producing three fish limit catches of Silver salmon. During early August, Ultimate Expedition guests can fish for Silver salmon on the Kustatan River as part of their Multi Stop Experience, with Lake Clarke National Park Grayling and Lake trout/Char fishing really heating up this time of year.

By the end of the month our attention usually turns to the Bay of Pigs that’s been consistently full of Giant Silver salmon. There is also an opportunity for a Wheeled Plane Fly In trip. Once again, these fisheries remain very reliable for three fish Silver Salmon limits and generally provide opportunity for Chum salmon and Sea Run Dollies. Brown bear viewing is also a usual part of this experience, as it is with the Crescent Lake Fly-In Trip.