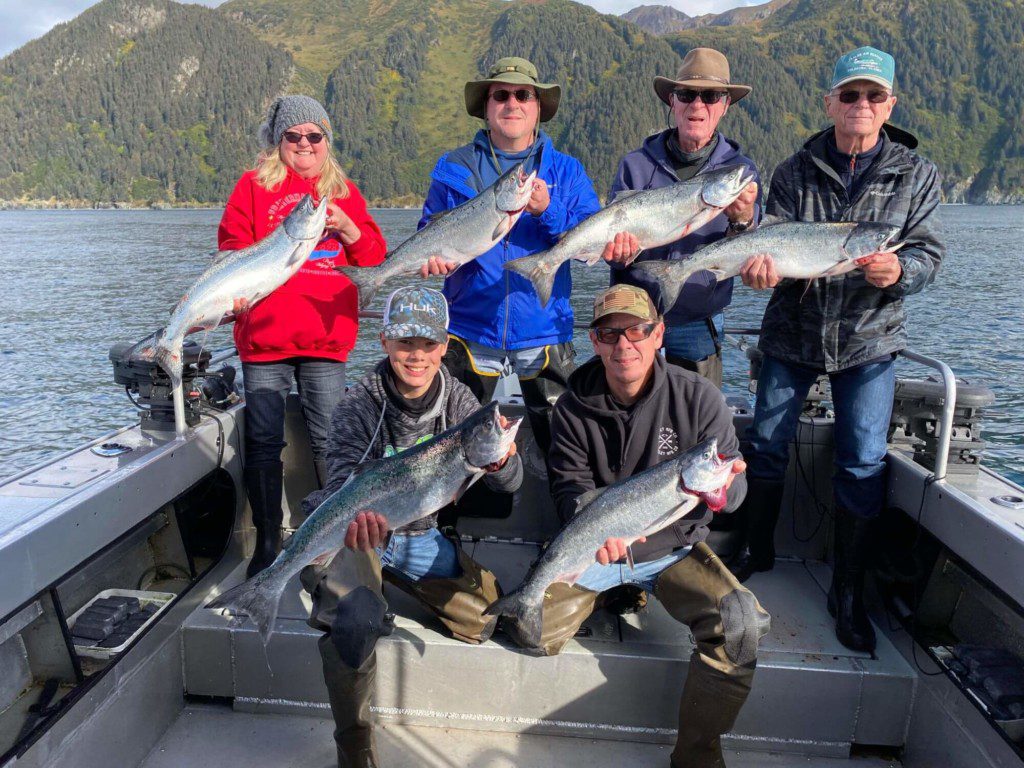 It’s a bit unfortunate that we’re starting right off on King Salmon. Truthfully, when I opened this lodge a quarter century ago it was the bread and butter of our business. Unfortunately, the giant King Salmon that return to the Kenai River, and their smaller relatives entering other drainages in the state have been very poorly managed and likely have also suffered from environmental issues that may be out of control of the regulators that manage our fisheries. I believe it is a combination of several things. First of all, King Salmon do not return in the kind of numbers that allow for liberal harvesting. Because the commercial fishing industry has a significant impact on King Salmon harvest, and because I believe they have lobbying power that exceeds logical application of the science to protect the species long-term health, too many die in nets each year. Sport fishing has over aggressively targeted these fish (especially the large specimens that we as sportsmen should be wanting to pass on their genetics) for consumption rather than for their unique beauty as a cherished resource. Size and numbers have declined. In the last five years closures have occurred on the Kenai River four times.

I am not optimistic to see good returns worthy of fishing effort in the future but we will book King Salmon trips with the understanding that if King Salmon are closed or the fishing is poor, we will transition that trip to another target species like Sockeye Salmon or Rainbows. The best opportunity to catch and retain King Salmon is on the multi species saltwater trips out of both Seward and Homer. Generally they can be encountered from mid May through August, but it’s a day to day or week to week paradigm. Generally our captains let us know if King Salmon are in the vicinity and we recommend obtaining a king stamp last minute before your multi species trip if it makes sense. The fish caught in the salt water can be from anywhere on the Pacific coast, many of which probably come from Canada, and enter streams that receive little or no fishing pressure due to their remote locations. Years ago, when I first opened the lodge there was great fishing for King Salmon in the lower peninsula streams that could be guided or self guided, but once again the expectation will be that these fisheries will be closed in any given upcoming year. It is my opinion that we have to rethink our relationship with King Salmon. I personally would like to see a catch and release mentality, perhaps with a slot limit that substantially decreases the number of large fish that are retained to improve the genetics of the returns, and a significant reduction in commercial harvest. I don’t see that happening anytime soon. Bummer, but that is the no BS truth.