It is my opinion that the Silver Salmon is the finest sport fish in the world, and here’s why I say that. First of all they’re beautiful in a simple way. They have the highest omega-3 fatty acid concentration in the animal kingdom (important to me since I’m a health and wellness physician). They’re prolific, and generally we don’t run into issues with under escapement and poor fishing, though just like any salmon species, every year is different and we never know for sure what to expect for a return. Unlike the Sockeye salmon, Silver’s are aggressive biters and take bait, spinners and flies. I love to fly fish. When you hook a 10 to 15 pounds Silver Salmon on a fly rod, it’s like hooking a giant rainbow. The fish will immediately come out of the water and start stripping line and running frantically, changing directions abruptly. They are challenging fish to land. Considering their willingness to take a fly and their raw numbers, there’s a chance for multiple hook ups in a single day fishing. And in the environment where we catch them, I rate them number one. Our Kenai River Trips will start to see some silver action by the very end of July or early August depending on how the commercial fishery is running. Generally, mid August through the end of September provides pretty stable fishing with a two fish limit in August that increases to a three fish limit in September. You can utilize your own 7 to 8 weight fly rods to target these fish, though the turquoise waters of the Kenai are a little better suited to bait fishing and spinner fishing. We have three different Float Plane Fly Ins that can target Silver Salmon beginning in late July and extending to the end of September. The Kustatan River typically sees the earliest return by about July 20. Big River Lakes follows shortly behind that. Both of these fisheries are usually reliable into early September. Crescent West will start to see fish later in August that will carry on towards the end of September. And the Dolly fishing just gets better and better on this trip. All three trips offer excellent opportunities to view Brown Bears. Three fish limits are the normal expectation on these trips. 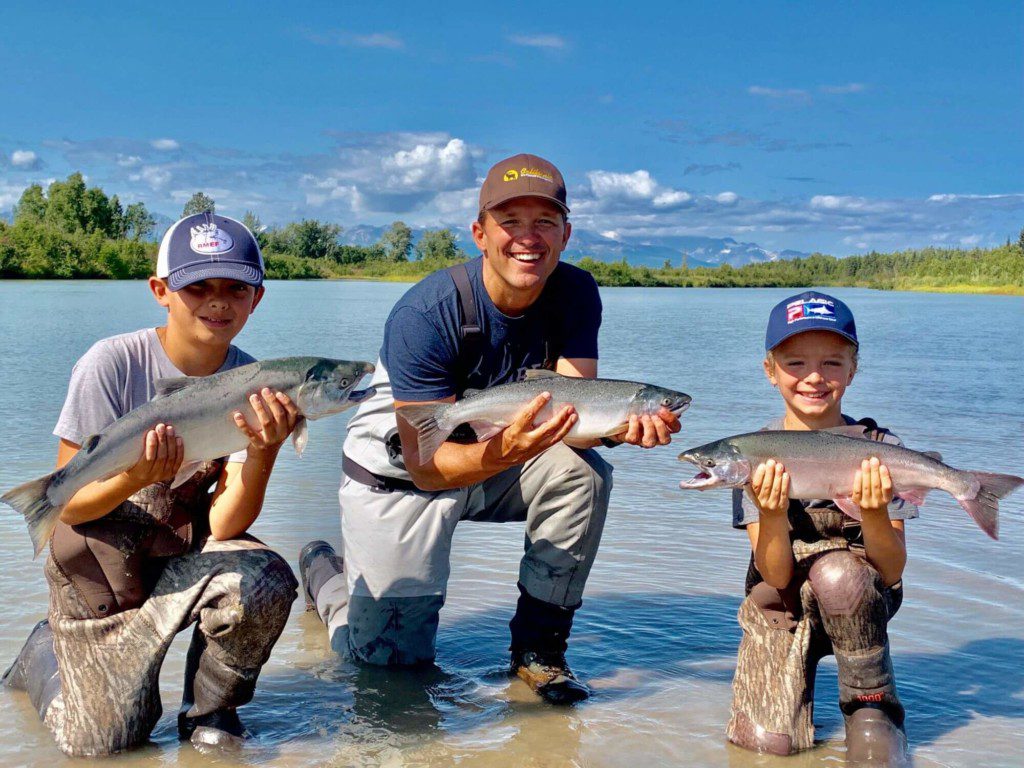 My favorite silver fishery on planet earth is obviously the Bay of Pigs, part of our Ultimate Expedition venue. After a flight over or around the Harding Ice Field depending on ceiling heights and weather conditions, we have two amazing fisheries that generally produce reliable returns. In the last few years we’ve had some unseasonably dry weather that literally dried these rivers up and made the returns later than expected. Normally I can expect to start catching three fish limits that run 12 to 17 pounds with occasional fish approaching 20 pounds by August 20. The peak of the season is probably early September but the fishing remains solid until things just get too cold to go anymore, at the end of that month. Silver salmon can also be caught in the salt water. We generally start to see a good return in early July to Resurrection Bay on the Seward Multi Species trip. The Homer Multi Species trip also has reasonable odds of catching silver salmon and the fish are caught sporadically from the time they arrive in July through the end of September.