‘Twas another good year at the lodge.

We hope that everyone has a wonderful holiday season and a Merry Christmas and Happy New Year. We are so fortunate to have such a great group of guests, some new, and some coming for decades, and we are grateful for all.

Considering some of the challenges that we faced this last season, I am almost surprised at how I can look back at it with such fond memories. Obviously, my Achilles Tendon injury right at the beginning of the season was less than ideal. But it reminded me that I was surrounded by great people and true friends and I got to spend more time with the great guests that make our operation a possibility. And since I am nearly completely recovered, no regrets, there. The fire that plagued us this summer was another challenge, but I feel like we managed it very well. For those unfamiliar, we had a fire that started by lightning and fueled by wind and exceedingly warm weather (more on that later). The fire blew right up the Upper Kenai River Valley where the highway from Anchorage to Soldotna travels. And there were road closures. And they were unpredictable. One Sunday, everyone coming was stuck in Anchorage, and everyone leaving was stuck on the Peninsula, and we figured it out and made it work. Everyone was patient and reasonable. Suzanne was hit hardest navigating the issues that came up. Our guests saw that and expressed gratitude. 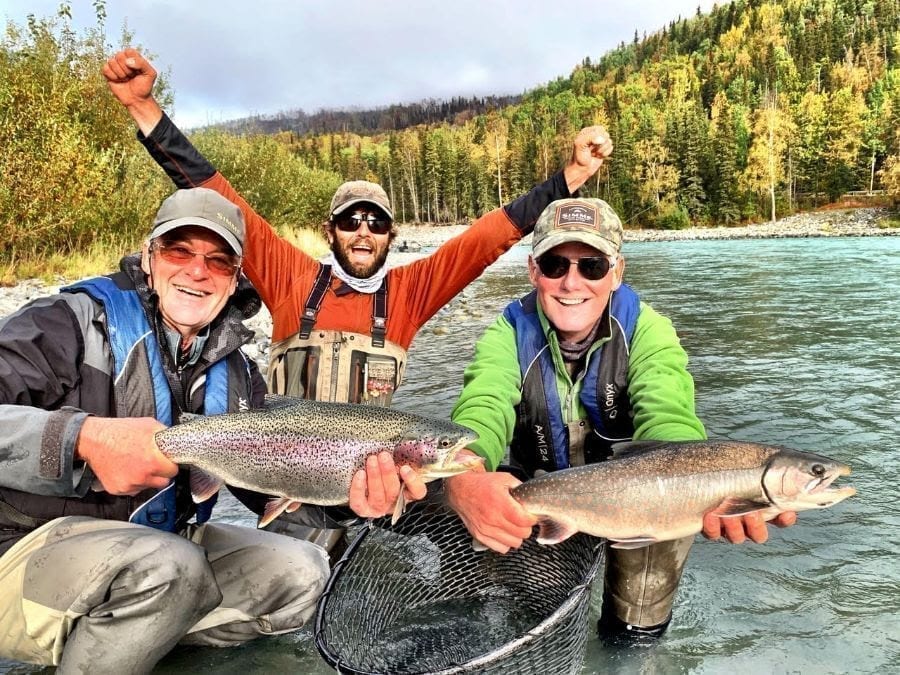 We had a pretty slow June to be sure. A late decision by Fish and Game to make the Kenai River King Salmon fishery completely catch and release, certainly hurt bookings. Before my injury, we had a great Ultimate Expedition to Lake Clark National Park catching some really big Pike, a bunch of lake trout and some trophy grayling. That fishing is always consistent in the first 20 days of June. Monte was getting guests their 3 sockeyes on most trips by intercepting what turned out to be a record return to the Russian River. Other June guests enjoyed some good Rainbow Trout and Dolly fishing with Alaska Clearwater Sportfishing with Zack after the opener on June 11th. 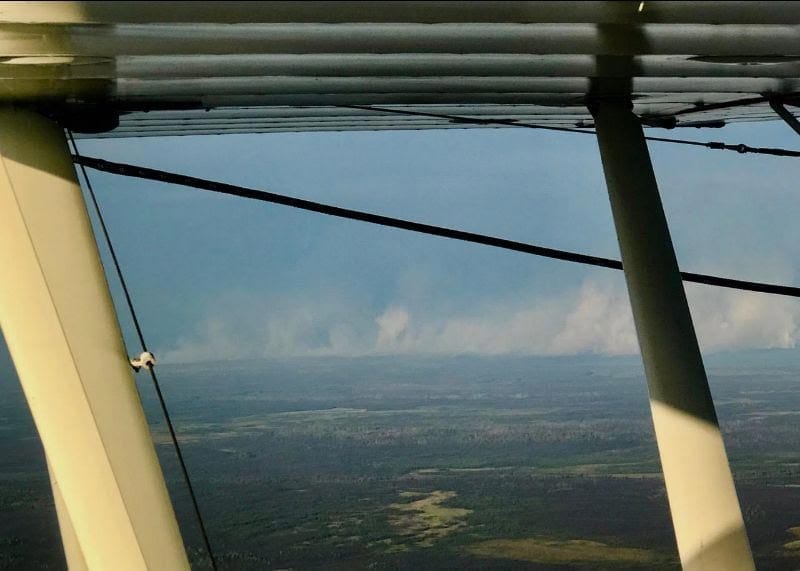 The always reliable Wolverine Creek Float Plane Fly In for Sockeye fishing and Bear Viewing was right on schedule with good trips right from the start.  And Talon Air started a new Wheeled Plane Fly In to Chinitna Bay, allowing for another completely different Bear viewing experience from the beach in a beautiful coastal setting.  And the weather, well it was beautiful (typical for June). 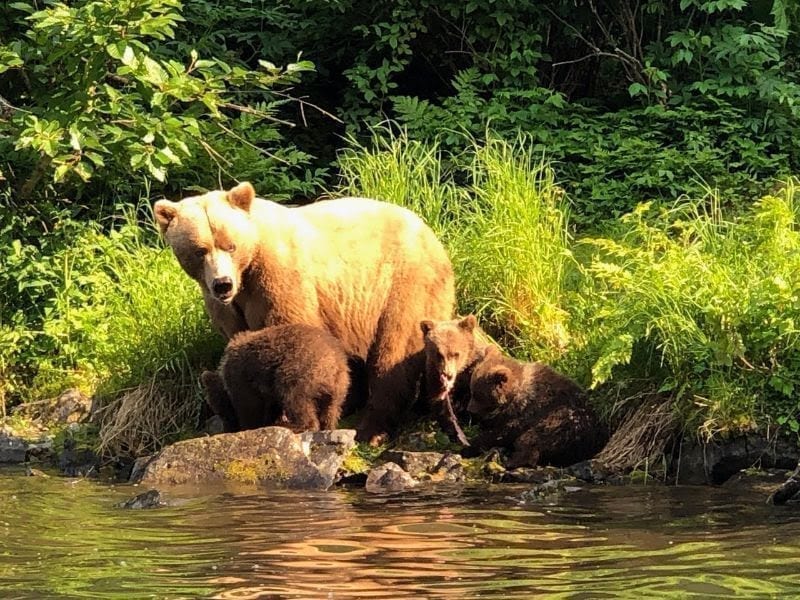 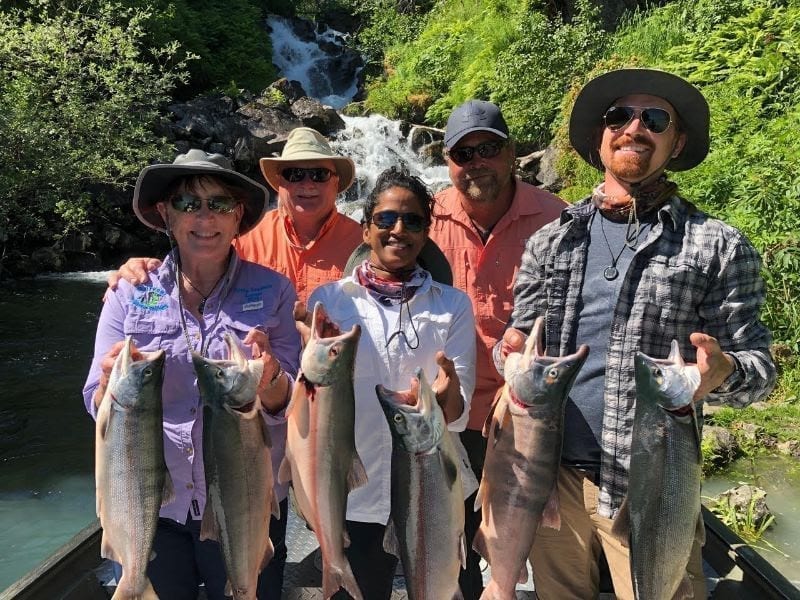 The record warm weather was beautiful, but offered other challenges as well.  It continued into July.  Warm water, low water, late salmon returns, etc.  But overall, the season was great.  The salt water fishing was actually very good and probably wasn’t negatively impacted.  There were some amazing multi-species catches.  The Kenai River King Salmon fishing was OK, for recent years, with some multiple fish days, and a few large fish caught and released.  Sockeyes more than made up for any deficit there.  Fairly early in the season, the Sockeye limit was liberalized to 6 fish, and Monte and the rest of the Kenai River crew were fishing it hard with good results.  Jason was up to his ears with processing.  I think I recall, Jan, our most dedicated guest (she stays about five weeks every year and fishes almost every day) took home eight 50 pound fish boxes, mostly filled with Sockeye Fillets. 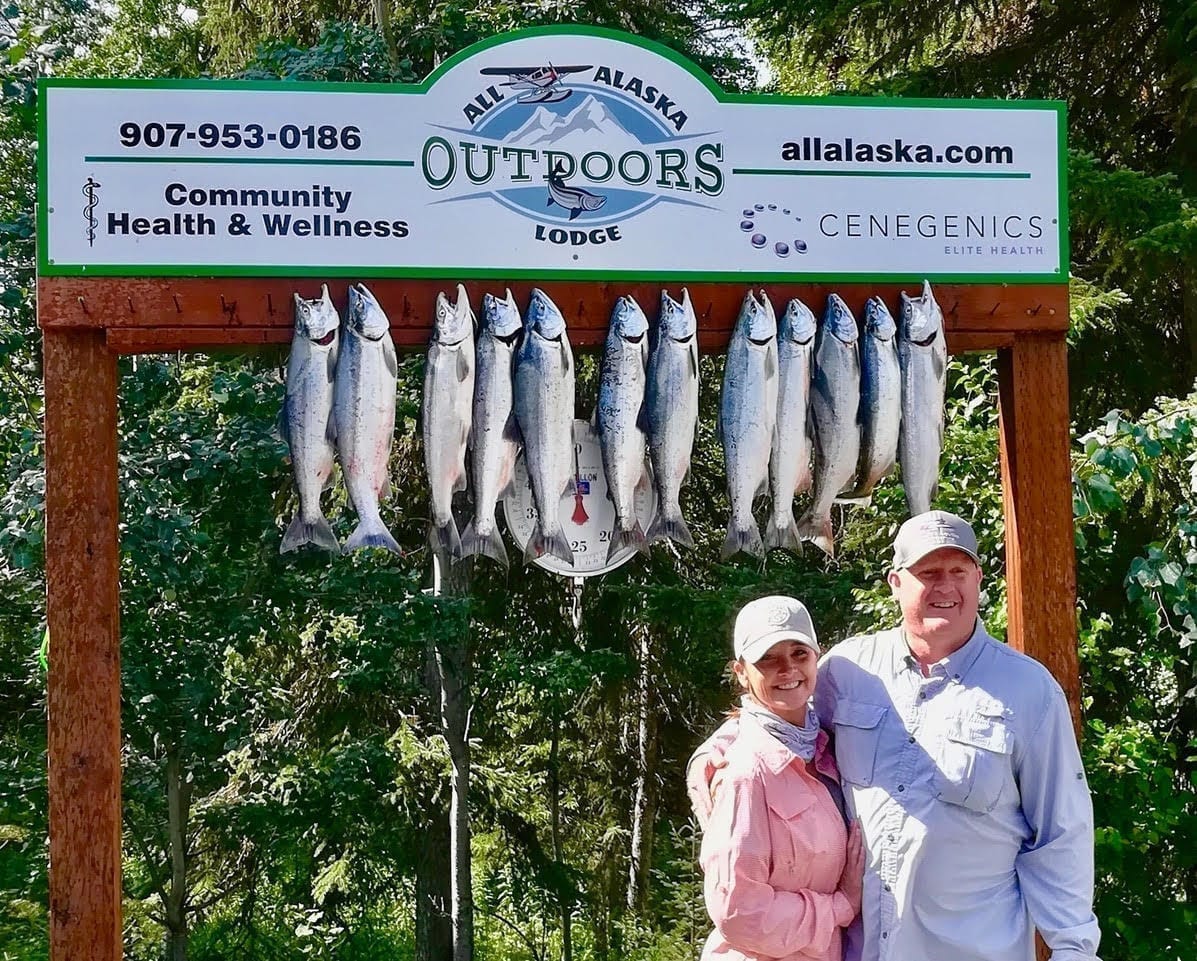 Though I can’t give you first hand knowledge of how the rest of the season Ultimate Expeditions went, interviewing the guests suggested that the July and early August fishing for Lake Trout, Grayling and Arctic Char was quite good.  In fact, I think the Grayling fly fishing was the best ever (not surprising as sunny weather and grayling on dry flies go together).  The clear weather kept the flying easy. 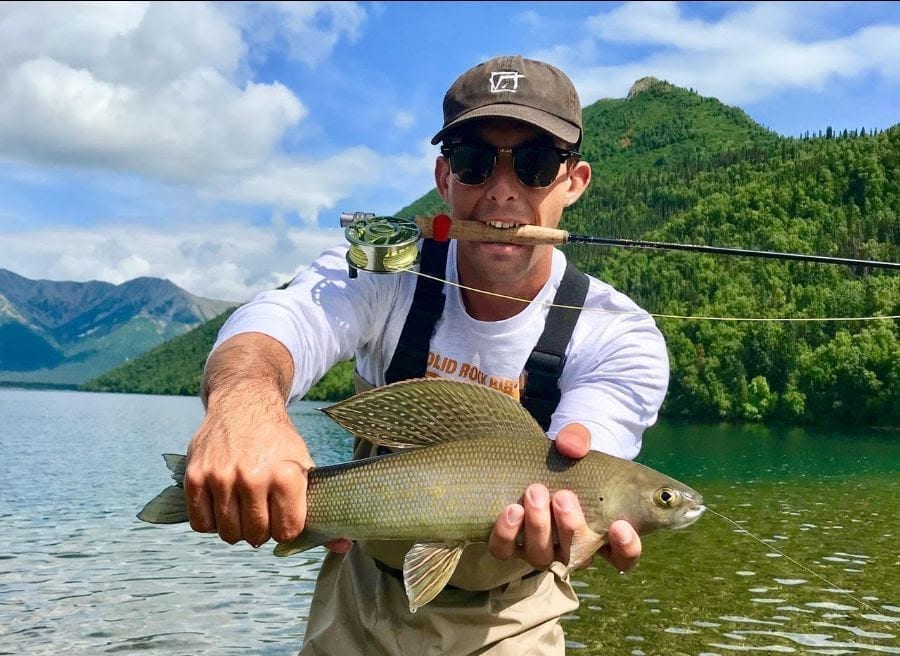 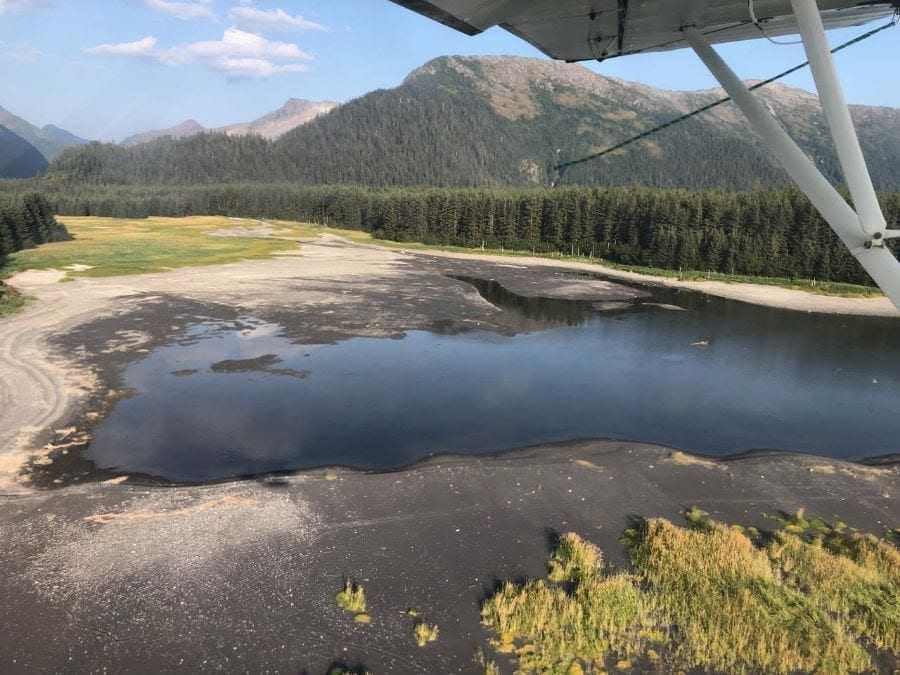 But, by late August the lack of rain did seriously effect the return of Silver Salmon to the Bay of Pigs. The water was low and fish were late to Bug lake, and the lagoon was dry! The rain finally came and the September fishing held it’s own, but I hope we have more moisture this next year.

Monte would probably say the Kenai River Silver fishing was also negatively effected by the lower water and warmer temperatures as the bite was often slow. Even though the water was low, the Wheeled Plane Fly In fishing in August was great, and the river was packed with Chums and Silvers on the trips that Monte guided there. He counted that he and two guests landed over 100 fish on flies in one day…. 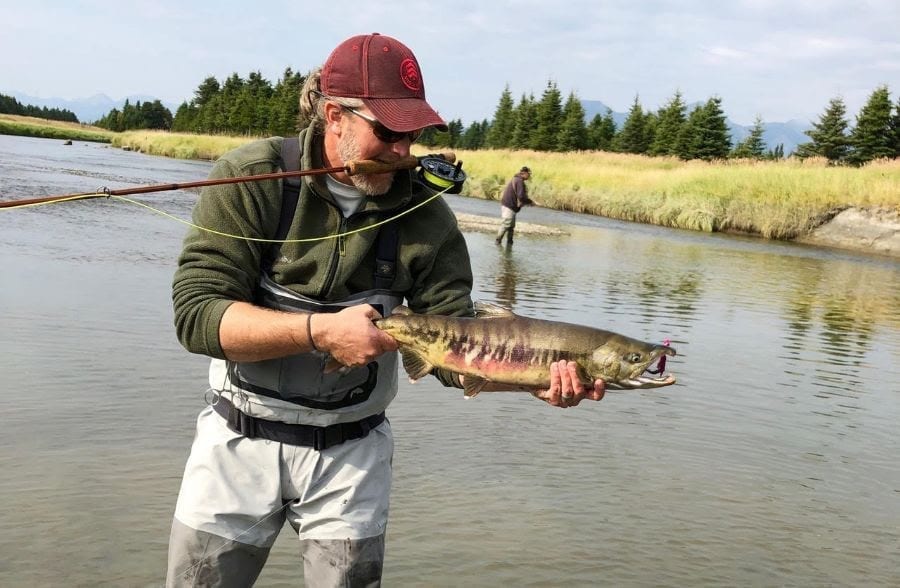 Despite the hot weather, the Float Plane Fly In trips to Big River Lakes and the Kustatan provided solid fishing for Silvers from late July thru all of August. The Crescent Lake Fly In was excellent for bear viewing, Dolly fishing and a few silvers. 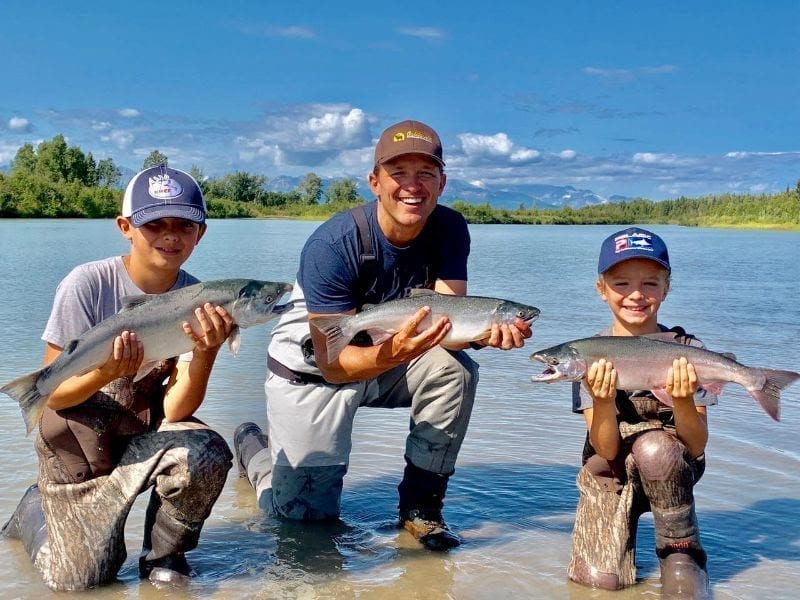 The All Alaska Outdoors Season recap wouldn’t be complete without reiterating how amazing the Fly In Ptarmigan hunting went.  Birds are way up.  Had a guest and his dad pull off a difficult hat trick (Willow, Whitetail and Rock) in one day, and we had lots of limit hunts on Willows.  I am looking forward to making those hunts next year on a rehabilitated right wheel.  For a more detailed recap, check out the October Email newsletter 2019 Wingshooting review.

The days are short now, the weather cold.  I look forward to the return of summer, the light, the activity, and hopefully to your return, or first trip to All Alaska Outdoors Lodge.